With Brexit still looming over the country, it is perhaps unsurprising that politics ranked high on the agenda at this year’s UK Professional Publishers Association (PPA) Festival, which took place on Thursday 9 May at Tobacco Dock, London. In fact, so intertwined have the realms of politics and media now become in the UK, that the event was opened by Jeremy Wright MP, Secretary of State for Digital, Culture, Media and Sport (DCMS):

“The story of this country has been told through our magazines and publications,” said Wright. “The publishing sector is one of our oldest and most colourful industries, with publications still going strong today that have been in operation since the nineteenth century. That said, it is a difficult time for the magazine industry and for publishing as a whole. There are around 6,000 fewer journalists in the UK than there were a decade ago. Circulation for local newspapers has halved and the majority of people now read their news online.”

It is fair to say that print circulations still cast a long shadow over the media industry in the UK, at least in the minds of consumers who have been used to seeing the political discourse play out across the front pages of party-aligned newspapers over the years. But in an age of fake news, the traditional press also has a digital part to play, in ensuring that truth, facts, and impartiality are maintained alongside freedom of speech.

“A prosperous publishing sector is important – these are the outlets and forums that bring our society together, and allow people to get high quality content, whatever their passion may be. This is clearly an integral component of a well-informed society, and in a world where fake news is a growing concern, we can hold that to account. A healthy and diverse media sector is a sign of a healthy society.”

Amidst growing concerns around the Facebook-Google duopoly, and wider calls for further regulation of social media platforms, the Secretary admitted that digital legislation remained a challenging and complicated area.

“Online advertising now represents a growing part of our economy, but it is complex, and impossible to know whether the news publisher’s share is fair. Intellectual property is the lifeblood of any creative sector and we have been supportive of the EU copyright directive – it’s not perfect, but represents an important modernisation. I will keep advocating for the industry at the cabinet table and beyond. It’s a challenging time and we can’t be misguided about the size of the challenge, but in an age of misinformation, this is an industry worth fighting for.”

Also present at the Festival was Justine Greening MP. A former Secretary of State for Education, Greening resigned from cabinet at the beginning of 2018 to set-up the Social Mobility Pledge – a cross-party campaign designed to improve social mobility in the UK. At the event, Greening talked about the importance of broadening the employment horizons of young people, and the media sector’s unique position in being able to help implement this.

“We want everybody to have the chance to be the best version of themselves, and want to remove the barriers for them,” said Greening. “Great content comes from people. Companies that don’t access diverse talent going forward will simply do less well. More diverse companies think better, take better decisions, and get a better bottom line. I left government to work on the Social Mobility Pledge to really help businesses play a role in giving opportunities to young people. Because of its reach and network, the publishing sector can have a particularly high impact.” 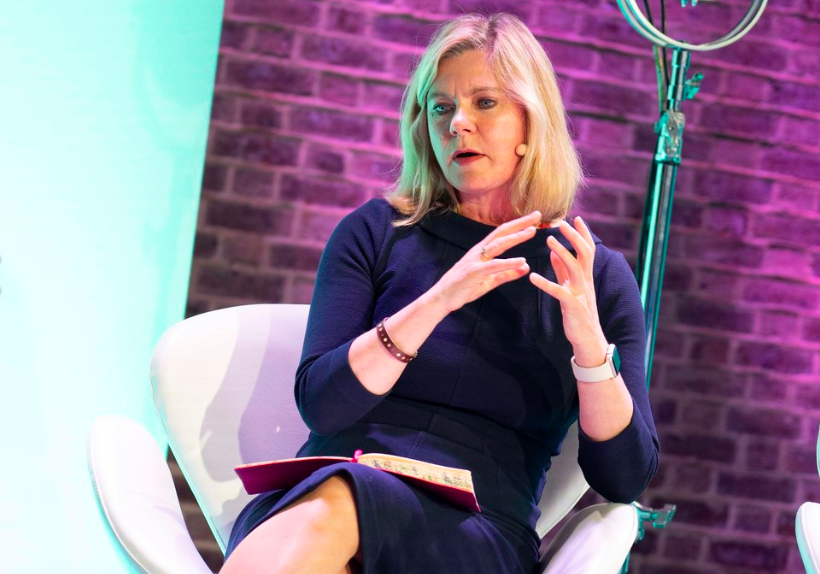 Greening also offered some practical examples on how media businesses could think more laterally about meeting the challenges of social mobility in the UK.

“The key is to be proactive and give things a go – it doesn’t have to be perfect and you should be prepared to innovate in paving the way to change. The way to think about change would be in the following three ways:

1. Employability: are you working with schools and getting directly in front of young people to help educate them about different careers?

2. Employment: look at whether or not your employment processes are fair, are they name blind, are you looking at grades within the wider context of where schools are based and where young people come from?

3. Progression: when you do get these people through the doors, are you progressing them?”

While the media industry stands in a unique position to help deliver change in the UK, the MP admits that it can also come with certain obstacles. Many people have come to view the sector as exclusive, biased towards those who can afford to spend their formative post-graduation years in low or even unpaid internships, and often resultantly hesitant to take on new and diverse perspectives.

“A lot of this is about network. It’s always tougher for those people from poorer backgrounds because they don’t have those backgrounds and can feel like they don’t fit in. And the fix can be simple. Penguin for example recently introduced a ‘Warm Welcome’ policy, which is simply just about making new people feel more welcome. Culture change doesn’t have to cost anything, a lot of this is about values. This is not just about government. Companies can and should play a crucial role if we are going to fix social mobility in our country.”

Greening went onto point out that diversity of voice can offer strength to an organisation, both in terms of moving with the times and appealing to wider audiences. It’s also becoming clearer that the skillsets of those people we have traditionally thought of as ‘disadvantaged’, such as resilience, being a team player, and the ability to come through adversity, can be of great advantage to businesses across all sectors.

Indeed, for a media industry that has experienced declining consumer trust in more recent years due to social media, fake news, and particularly in the case of the UK the on-going noise surrounding Brexit, it’s easy to see how adopting Greening’s advice for creating a fairer society could in-turn assist Wright in his mission to ‘keep advocating for the industry at the cabinet table and beyond’.

Of course, if the UK media industry is to continue to play an important role in shaping the society around it, it is essential that that industry is given the support it requires in propelling itself forward into an increasingly digital world.

Dame Frances Cairncross introduced us to the Cairncross Review, an independent report which, first published by the DCMS in February of this year, presents an overview of the challenges facing high quality journalism in the UK and puts forward recommendations for a sustainable future.

“Well first of all in terms of the structure of the investigation, I was very keen right from the beginning that I didn’t want it to be part of a large committee,” said Dame Cairncross. “So instead we had an advisory panel, which was a great invention because it was made up of people who worked across numerous areas of journalism, including at least two people from digital only publications. We also sought out an even wider range of experience – we went to the US, saw the Wall Street Journal, saw Google and Facebook.”

“Then we sat down and pulled it all together – for me it wasn’t enough to have the data to show that journalism was in trouble, we also wanted to show that there was a way to do something about it. There are broader benefits from journalism that are likely to be affected by trends, such as the decline in local reporting. So we ended up writing more from an economists point of view, i.e. here is why we need to intervene and here is how we go about it.”

The Senior Fellow at the School of Public Policy, UCLA, highlighted the impact that Brexit has had on the political discourse across all areas of UK society, as well as the disruption that new technologies have brought, particularly to the media industry.

“The report was initially surprisingly well received, but of course like a lot of other things then disappeared with the bog down of Brexit. But what has been happening particularly with regards local news is happening incredibly quickly, and so this cannot afford to sit on the shelf for five years.”

“The industry has been slow to work out how best to survive in a digital world, partly because there are no easy answers. This is what happens in many industries when they are disrupted by new tech. They first hope that they can bend the new technology towards what they’re already doing, and then realise they have to change what they’re doing because of that new technology.”

The PPA Festival was, as always, extremely well attended and extremely well received. What was particularly interesting to witness this year, in a country currently dominated by the Brexit debate, was the intermingling of politics and media playing out in the day-to-day. As Jeremy Wright MP opened the event by saying, ‘a healthy and diverse media sector is a sign of a healthy society’ and judging by the candid conversation around changes and challenges that took place at the event, the prognosis currently looks good for both.